Jo Biden:vote me or you ain't black

Jo Biden:vote me or you ain't black 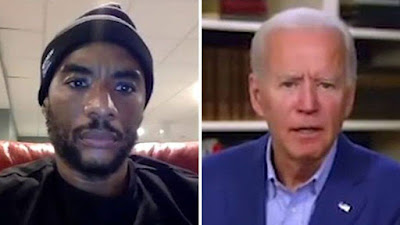 Joe Biden says,if you have a problem figuring out whether you’re for me or Trump, then you ain’t black,”Really?The Democrat presidential aspirant has since apologized after his interview with popular radio show,The Breakfast Club's host,Charlamagne tha God.

To be fair though,i watched his body language and delivery and my opinion is,he said it in a jest way.It doesn't look half as bad as it does in print.But a man of his experience should have known better throwing such quips around.
The quote which will undoubtedly haunt Biden for life,came about as Charlamagne probed for more
questions.Biden then cut him off by saying-
"You got more questions? I tell you what, if you have a problem figuring out whether you're for me or Trump, then you ain’t black."

Hours later, Biden expressed regret for the remarks, calling them "really unfortunate" and saying he "shouldn't have been such a wise guy." 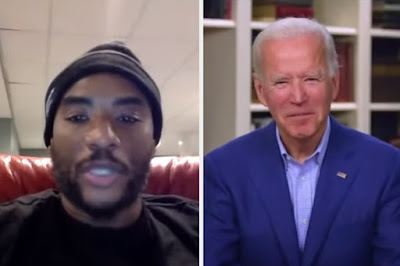 "I shouldn't have been so cavalier in responding," he said during a phone call with the U.S. Black Chamber of Commerce Friday afternoon. "No one should have to vote for any party, based on their race or religion or background," Biden said.

At another point on the call, Biden admitted, "I know that the comments have come off like I was taking the African American folks for granted ... but nothing could be further from the truth."

"I've never ever done that, and I've earned it every time I've run. I was making the point that I have never taken a vote for granted," he said.