How Jerry Sloan died:cause of death

How Jerry Sloan died:cause of death 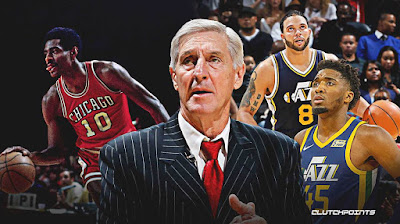 How did Jerry Sloan die?The legendary Utah Jazz head coach and ex Chicago bulls player, died on Friday 22nd of May at the age of 78.His cause of death was due to complications from Parkinson's disease and Lewy body dementia.

Sloan had led the team to the NBA Finals twice,he was ranked third among NBA coaches on the all-time wins list.
His former club released a statement saying-"Jerry Sloan will always be synonymous with the Utah Jazz. He will forever be a part of the Utah Jazz organization and we join his family, friends and fans
in mourning his loss. We are so thankful for what he accomplished here in Utah and the decades of dedication, loyalty and tenacity he brought to our franchise," the statement read.
Sloan was in charge for an incredible 23 years and racked up 1,223 coaching wins and 20 trips to the NBA Playoffs.
Did you know that Sloan played for Chicago Blues in his younger days?
He was introduced to a new generation via "Jerry Sloan last dance" appearances in the popular basketball documentary.Some of his memorable scenes was where he apparently said he did not realise Michael Jordan had been sick when playing the game 5 of the 1997 NBA finals against Chicago Bulls. 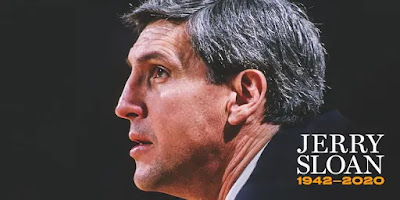 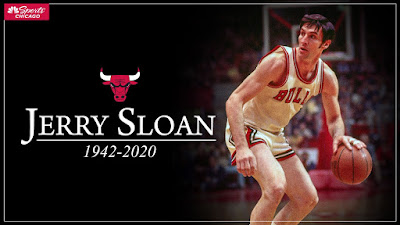 "First of all, I didn’t know he was sick,” Sloan said. “I thought he played a great game. Did everybody else know he was sick? I guess I'm the last one to know."
Another time was when he reacted with comedy to the humiliation his team suffered in the game 3 of the 1998 NBA finals.He appeared to be shocked that the Jazz had scored just 54 points in a 96-54 loss.
“This was actually the score? Is this the final?” He asked.He will be greatly missed.We love characters in our sports.
He is survived by his wife, Tammy, and four children.He had a net worth of $3m.
Tags basketball Entertainment nba Sports
Previous Post Next Post