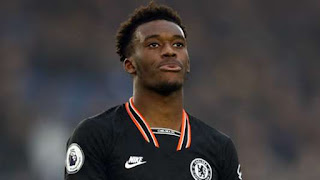 Callum Hudson-Odoi arrest news,has confirmed that the Metropolitan Police will take no further action following rape allegation made against the Chelsea and England footballer.

19-year-old Odoi, was arrested on suspicion of rape in May after the London Ambulance Service were called to his flat over reports that a woman had been raped.A lot of people
feared for his footballing career when the news of his arrest surfaced.

He was later released on bail after flouting social distancing guidelines to invite a model he had reportedly met online to his home in Battersea.

At the time, the Metropolitan Police released a statement, which read: "When emergency services attended, a woman reported that she was raped.

"She was taken to hospital. A man was arrested at the scene on suspicion of rape. He was released from custody and bailed to return on a date in mid-June. Enquiries continue."But following a 'full and thorough investigation', the Chelsea star has confirmed in a statement posted to his social media accounts that no further action would be taken.'At a time where there are bigger things happening in the world right now, you may also be aware of serious allegations that were made against me,' he said.

'I have stayed silent and assisted the police fully throughout their enquiries, as I knew the day would soon come when my name would be cleared.

'Following a full and thorough investigation, the police have now confirmed they will take no further action.

'I would like to use this platform to thank everyone who has stood by my side and supported me during this difficult period.

'I have learned that being a footballer and playing for one of the best clubs in the world comes with great responsibility, and going forward I will try and use my platform as a Chelsea player to be the best role model that I can be.' 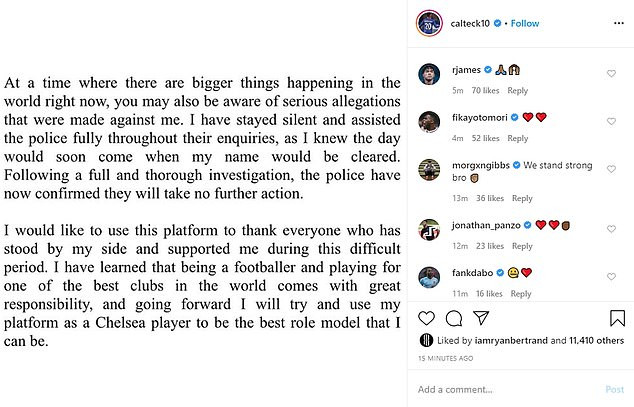 The Met Police also confirmed the news, stating: 'A man arrested on Sunday, 17 May following an allegation of rape... has been released with no further action.

'The incident is therefore no longer being investigated by police.'
This should be a time of reflection for Odoi hopefully.He has been involved in one too many controversies for such a young career.It's hi time these footballers learn that they are a sitting prey for many out there,especially when it comes to cases of women.They should really be careful where they go and how they conduct theirselves.
A promising career could just easily have gone down the drain.I hope this is the last Callum Hudson Odoi arrest news we will hear.
Previous Post Next Post