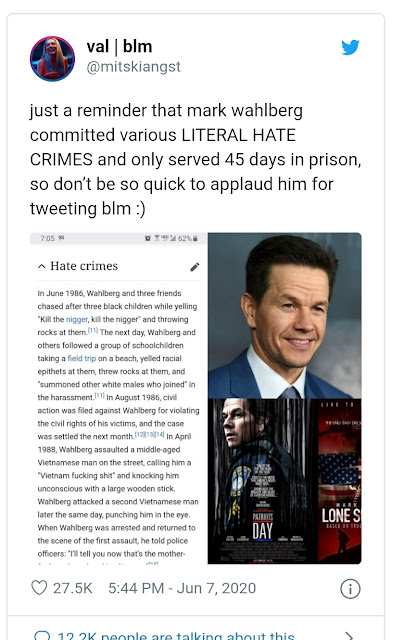 Mark Wahlberg wwikipedia hate crimes has come back to haunt him.The actor tweeted a message supporting the Black Lives Matter movement and George Floyd triggered people reminding him of his past attacks on blacks.
As a teenager, Wahlberg was twice charged with hate crimes. In 1986, when he was only 15,he and a group of friends threw rocks and shouted racial slurs at a black group of 4th
graders.It was determined then that Wahlberg in particular,was accused of yelling, “Kill the n****s.” The incident resulted in the actor and two of his friend being issued a civil rights injunction.

Two years later, he was arrested again after attacking two Vietnamese men while trying to steal beer. Wahlberg called one man a “Vietnam f***ing s***,” and hit him over the head with a five-foot wooden stick, and punched the other man in the face in addition to making comments about his “slant-eyed looks.” 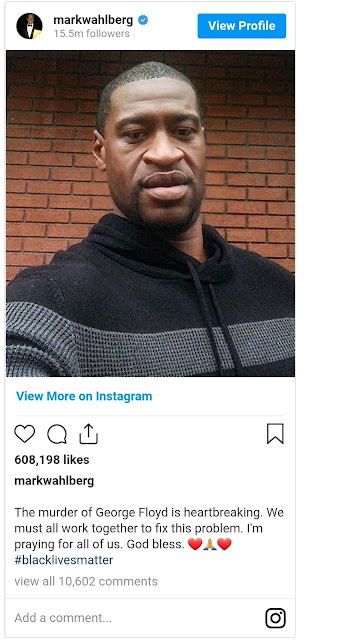 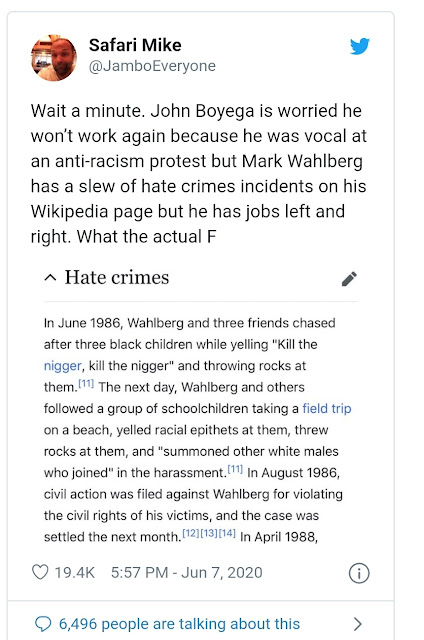 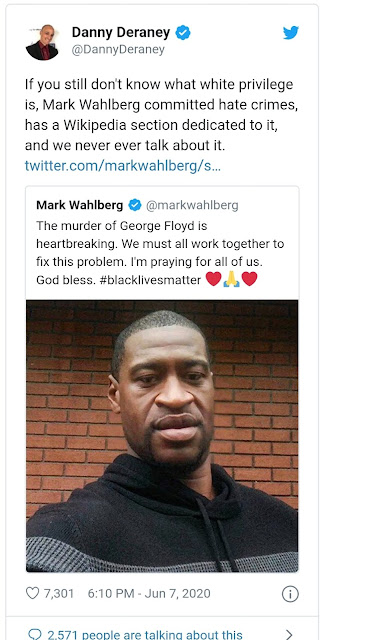 Wahlberg was initially charged with attempted murder, but the charge was reduced to criminal contempt, which carried a maximum sentence of ten years. After pleading guilty, he was sentenced to two years at the Deer Island House of Correction in Boston. However, after serving just 45 days in the correctional facility, he was released.
Since achieving fame as a musician and actor, Wahlberg has apologized for the two incidents on several occasions. Speaking with The Associated Press in 2015, he commented, “I have apologized, many times. The first opportunity I had to apologize was right there in court when all the dust had settled and I was getting shackled and taken away, and making sure I paid my debt to society and continue to try and do things that make up for the mistakes that I’ve made.”
Wahlberg previously sought to expunge the incidents from his record, but dropped the pardon request in 2016. “I didn’t need that, I spent 28 years righting the wrong,” Wahlberg said at the time. “I didn’t need a piece of paper to acknowledge it. I was kind of pushed into doing it, I certainly didn’t need to or want to relive that stuff over again.”
Tags america celebrity hollywood news usa
Previous Post Next Post