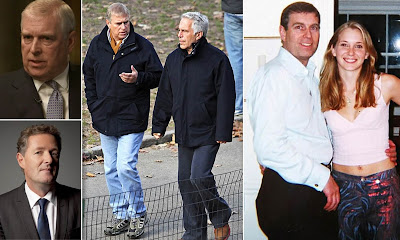 Prince Andrew is in a sweat as Federal prosecutors in New York seek Jeffrey Epstein interview.They are said to have formally requested through the British government to speak with him as part of their ongoing criminal investigation Epstein's history of sexual abuse.
The request made by Mutual Legal Assistance Treaty is similar to a subpoena in this case for Prince Andrew's testimony.


It's a rare move to seek an interview like this through MLAT, officials say, and is focused on making sure the investigation is as thorough as possible.
The move was foreshadowed by U.S. Attorney Geoffrey Berman in March when he said he would consider legal action after Prince Andrew's representatives had closed the door to an interview. 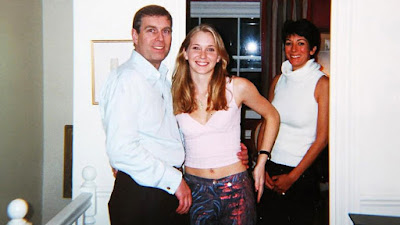 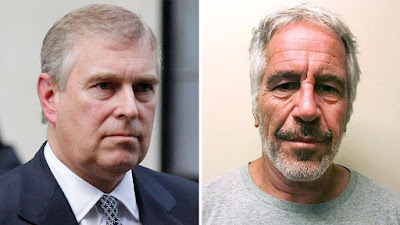 "Contrary to Prince Andrew's very public offer to cooperate with our investigation into Epstein's co-conspirators, an offer that was conveyed via press release, Prince Andrew has now completely shut the door on voluntary cooperation," Berman said, adding that his office is "considering its options."
Nicholas Biase, a spokesperson for the U.S. Attorney's Office for the Southern District of New York, told NBC News the office would decline to comment.
Federal investigators have been trying for months to speak with Andrew, a longtime friend of Epstein's who has been accused by one woman of sexual abuse.
Billionaire Jeffrey Epstein, 66,killed himself in August while awaiting trial on sex trafficking charges. Prosecutors accused the politically connected financier of preying on dozens of underage girls in New York and Florida in the early 2000s.
Following Epstein's death, prosecutors vowed to continue the investigation of his alleged sex trafficking ring. The case brought renewed attention to several high-profile people in Epstein's orbit, including Andrew.
In a widely panned interview with the BBC in the fall, Andrew denied allegations that he had sex with Virginia Roberts Giuffre, who says she was trafficked by Epstein when she was 17 and was directed to have sexual relations with the prince. Andrew said he had no recollection of ever meeting her — despite a widely circulated photograph showing otherwise — and that he was at a pizza restaurant with his daughter on the day in 2001 that Giuffre alleges they had the sexual encounter.
Tags news royal family united kingdom
Previous Post Next Post