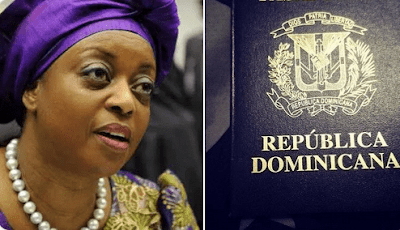 Diezani Alison Madueke Dominican Republic citizenship:Nigeria's Former petroleum minister, Diezani Alison-Madueke,has escaped her corruption prosecution for now after the news that she has been a Dominica citizen since 2015,and is now immune to prosecution.

It is also said that Diezani,has been appointed as Trade and Commerce Commissioner of the Caribbean country.
This means that she has immunity from prosecution and arrest by any law enforcement agency including the Interpol.


She infamously trended all over Nigeria as she was named among those who looted the country during the administration of Goodluck Jonathan.She was the petroleum minister and was said to have been involved in the looting of billions of dollars.
She was meant to be on trial,but it was derailed by further investigation and a questionable revelation that she had cancer.Allegations of corruption, including fraudulent ownership of 76 properties in Lagos, Abuja and Port Harcourt, valued at about N23 billion were part of her crime sheet. She has 14-count charge case against her bordering on stealing and concealment of $153million already preferred against her by the EFCC. 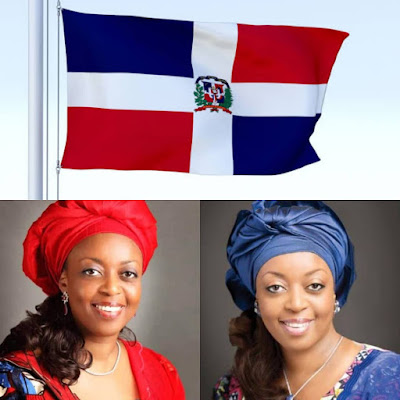 According to reports, Diezani was issued a diplomatic passport, by the Dominica Government on May 21, 2015, shortly before the handover to President Muhammadu Buhari by ex-President Goodluck Jonathan.

Documents obtained by Vanguard indicates that she carefully planned and secured the citizenship, which subsequently appointed her as a Trade and Investment Commissioner in the island country.

A source told THISDAY, that her passport contained 32 pages and in one of the pages, a restraining statement against arrest was affirmed.

The President of the Commonwealth of Dominica requests and requires in the Name of the Government of Dominica all those whom it may concern to allow the bearer to pass freely without let or hindrance and afford the bearer such assistance and protection as may be necessary.

The number of diplomatic passport is DP0000445.

In the appointment letter, Diezani was assigned the task to “direct promotion and marketing of Dominica as a trade and investment domicile, as well as an emerging and unique tourist destination in the Caribbean.”
Tags news Nigeria Nigerian news Politics
Previous Post Next Post