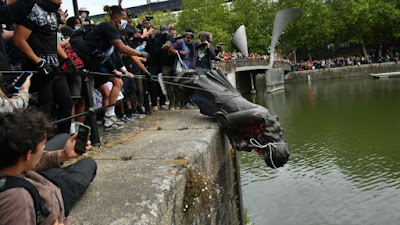 Who is Edward Colston,the racist Bristol slave trader who's statue was pulled down by black lives matter protesters?Colston was born into a prosperous Bristol merchant’s family,in
Bristol on 2nd November 1636.He died 11th October 1721 in London.

Colston who was involved in the trafficking of tens of thousands of black slaves, was educated in London and joined the Mercers’ Company in 1673, where he traded in woollen textiles and wine.

The shocking thing about the English slave trader is,despite his past and the evil transgressions which he clearly participated in,he is still revered in Bristol.His statue was still clearly in the centre of the town portrayed like a hero,his name on many buildings,memorials and streets.Could this be because Colston supported and endowed schools, almshouses, hospitals and churches in Bristol, London and elsewhere?Edward Colston was also a merchant, philanthropist, and Member of Parliament.


He became a member of the London-based Royal African Company – which at the time had the monopoly of Britain’s slave trade – in 1680, and between 1689-1690 took on the role of deputy governor.
But Colston was not the only one who was involved in slave trade in his family.His father and brother also were stake holders.His brother Thomas supplied beads that were used to buy slaves, and his father William owned shares.

The slaves were treated like cattle.They had to succumb to such inhumane conditions like being branded on their chests with the RAC initials.It was also a regular thing for many slaves to die and be tossed overboard into the sea while being shipped to America,due to the unhygienic and cramped conditions on the trips which took 6 to 8 weeks.

According to historian David Olusoga,“This is a city that is about 14% BAME with a statue of somebody who was not just a slave trader, he was involved in the Royal Africa Company, the company that trafficked more people into slavery than any in British history,” he told BBC News.
“The fact that it has not been seen as a problem for such a long time, that so many people are confused as to why the statue offends and upsets so many people, has been the problem.”
Due to his philanthropy, Colston’s legacy has been honoured by the city he once called home, where streets, memorials and buildings bear his name.Bearing the fact that they all very much knew where the riches came from.
The most annoying fact and adding insult to the injuries that are still felt by black people today,is the inscription that was on the Edward Colston 1895 statue,it read:“Erected by citizens of Bristol as a memorial of one of the most virtuous and wise sons of their city.” 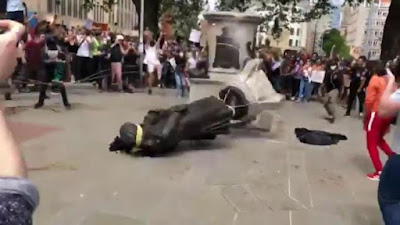 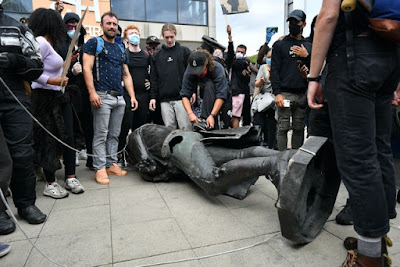 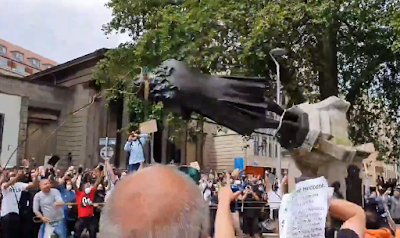 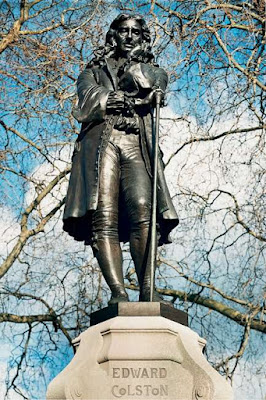 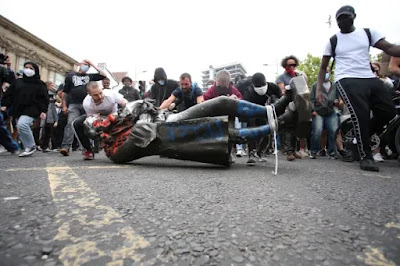 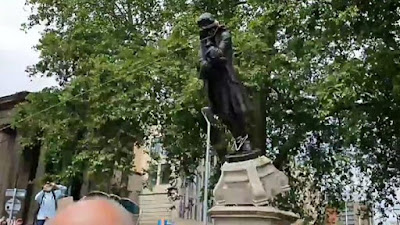 All those who took part in that ceremony,and those who have over the years restricted the moves to have the statue taken down,should all hang their heads in shame.They are no different to those who sold all those people into slavery hundreds of years ago!
Bristol city owes much of its fame and wealth from the slave trade.Slavery ended in the British Empire after the Slavery Abolition Act came into play in 1833.The controversial Edward Colston monument was ripped from its plinth using rope as crowds cheered at a Black Lives Matter protest in Bristol June 7.It was then dragged by protesters on streets and tossed into the same river from where slaves were shipped away to America.