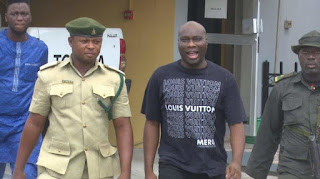 Mompha the Nigerian who was arrested by the EFCC on suspicion of fraud, has deleted all his Instagram posts, leaving just one that contains a cryptic message.It looks like the arrest of Hushpuppi by Dubai police,has had an effect on his rival.

The instagram celebrity seems to have learnt from the ways of his foe,Hushpuppy and
deleted his Instagram posts days after the Dubai police released a video detailing Hushpuppi's arrest. According to the police, they had been monitoring Hushpuppi for many months following his lavish display on Instagram.

Mompha who is currently being tried by the EFCC for N32 billion fraud, left a cryptic post on his IG. It reads

''I usually give people more chances than they deserve but once I'm done, I'm done''.

I don't see how what one person did to you ,would result in you deleting hundreds of posts.I think he just posted that cryptic message to throw people off.Or else it would have been to easy to report he was scared of the authorities coming for him as well.
A week ago,he had remarked that the Interpol knows about him and he has nothin to worry about,cos if he had been guilty of anything,they would have come for him,This was in response to those who he said,kept tagging authorities to come arrest him.


Well,it looks like Mompha would rather be safe than sorry.Hence why all those flashy posts had to go. 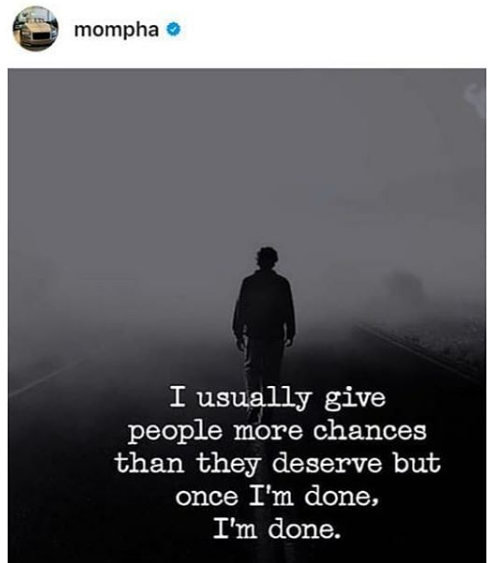