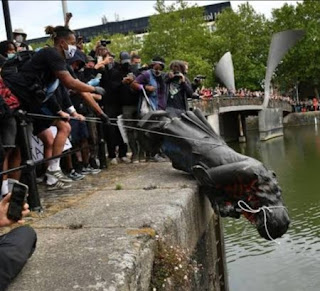 Sadiq Khan,the Mayor of London,has backed the call for the removal of all slave trader statues in the capital after Black Lives Matter protesters pulled down the statue of slave merchant Edward Colston in Bristol and hurled it in the city's harbour.

Khan said he hopes the statues of slave trader's are removed and he promised to
personally "review and improve" the diversity of the capital's landmarks. 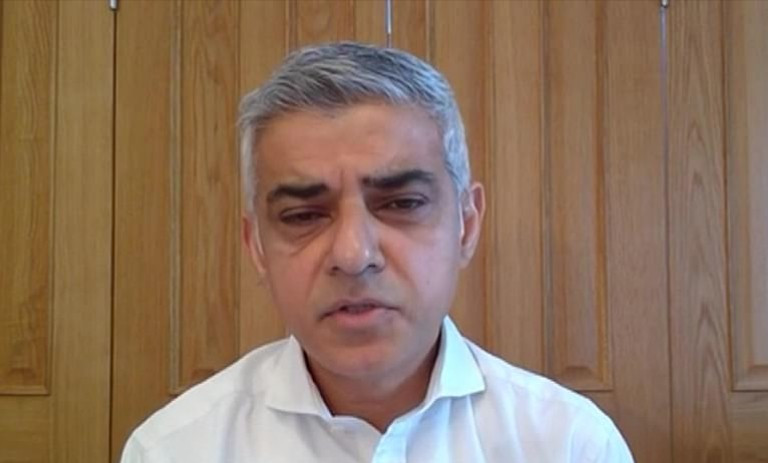 This comes as Black Lives Matter protesters targeted the destruction of at least 30 monuments across the UK starting with one of Cecil Rhodes in Oxford tonight.

Thousands have planned to gather for a protest today at 5pm during which they plan to remove a statue of British imperialist Cecil Rhodes outside Oriel College in Oxford. 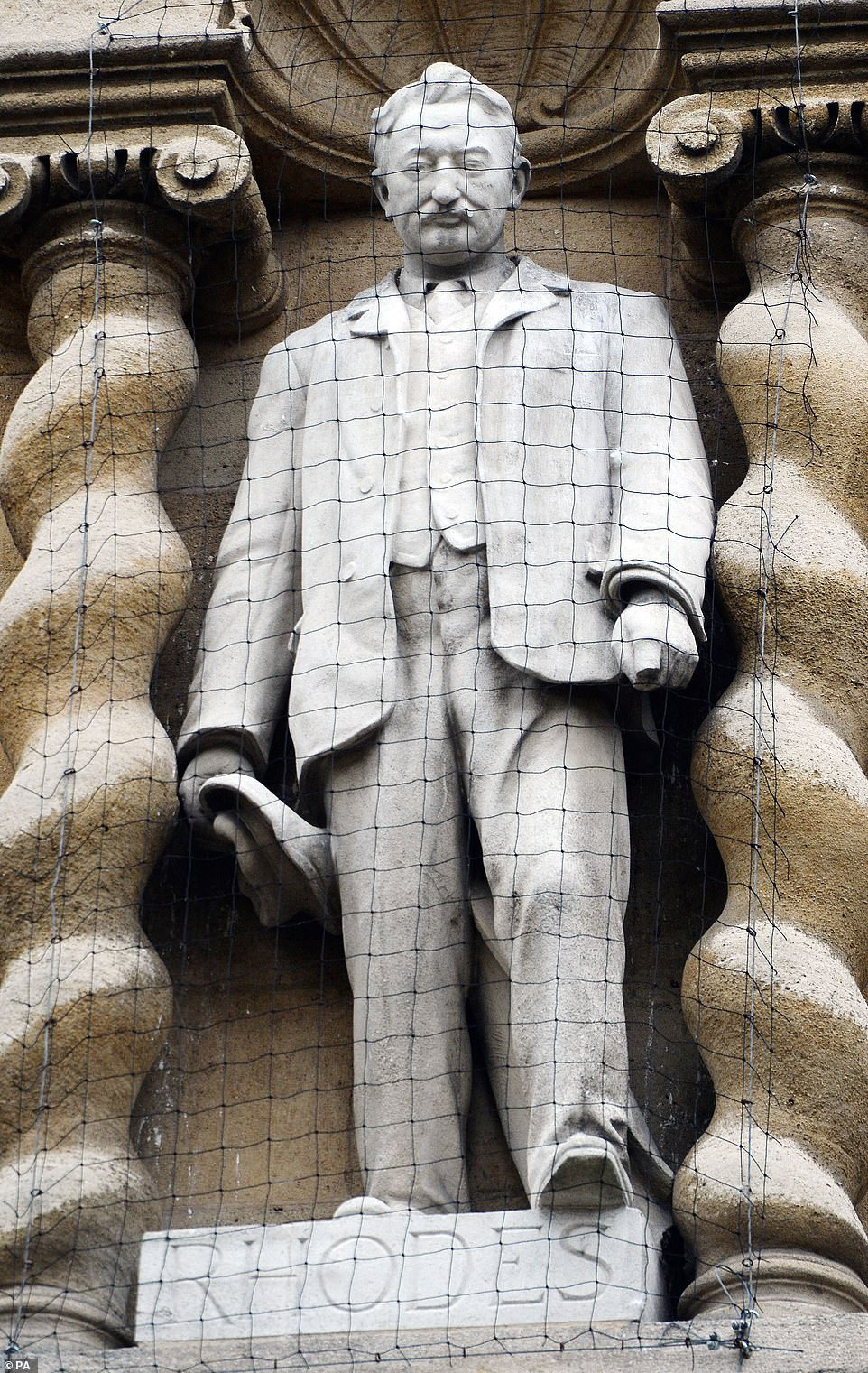 Some began gathering at lunchtime holding placards reading: "Rhodes you're next" and "Rhodes must fall" as 26 Oxford City councillors signed a letter saying Rhodes' statue should go because it is "incompatible" with the city's "commitment to anti-racism." 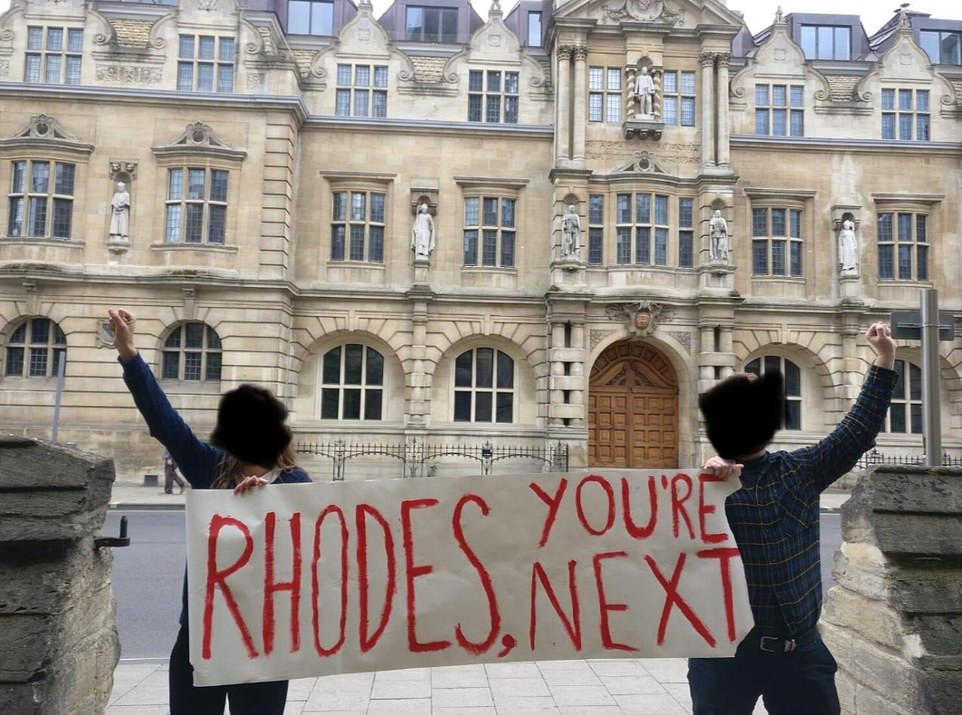 The Mayor of London has launched his own Commission for Diversity in the Public Realm after Black Lives Matter protesters pulled down the monument to Edward Colston in Bristol.

Mayor Khan today said he wouldn't "pre-empt" the commission's findings on the suitability of London's street names, murals, statues and memorials, but admitted he would like any statues of slave traders removed in London and to build more statues of "people of colour, black people, women, those from the LGBT community."

However, he said he did not think statues such as that of Sir Winston Churchill's in Parliament Square should be included in the review it was tagged with "racist" on Sunday. He said Londoners needed to be educated about famous figures "warts and all" and that "nobody was perfect", including the likes of Churchill, Gandhi and Malcolm X.

Monuments that could be under threat in London would include statues of Robert Milligan in Docklands, William Beckford at London's Guildhall, John Cass at London's Metropolitan University and one Thomas Guy, which stands in the courtyard at Guy's Hospital.

Campaigners are also targeting the Edinburgh statue of Henry Dundas, who delayed the abolition of slavery in Scotland.
Previous Post Next Post