The tweets that got Hartley Sawyer fired from flash

The tweets that got Hartley Sawyer fired from flash 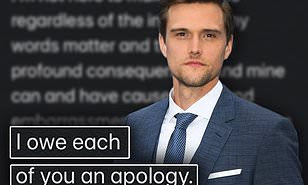 These are the tweets that got Harley Sawyer fired from The flash!They are a combination of racial and misogynistic tweets posted before he joined the show.

What i find incredible though are two things,one is,how anybody who works in entertainment,a glass house,can post these kind of things,how stupid can you be?I guess it's karma's way of making you mess up and be exposed for who you really are.The second is,how people can see these kind of stuff then and not take actions,until something like the "Black lives matter" movement and the killing of George Floyd.

I really am flabbergasted that he could openly talk about women the way he did too,i guess he thought he was being funny,maybe he was high when he posted those tweets or was just seeking for attention.Whatever what the reason was,they are all stupid and senseless excuses.

The news pf Hartley's firing from The Flash,was confirmed by CW and the show’s producers Warner Bros. Television and Berlanti Productions, who provided Variety magazine the following statement:


“Hartley Sawyer will not be returning for Season 7 of ‘The Flash.’ In regards to Mr. Sawyer’s posts on social media, we do not tolerate derogatory remarks that target any race, ethnicity, national origin, gender, or sexual orientation. Such remarks are antithetical to our values and polices, which strive and evolve to promote a safe, inclusive and productive environment for our workforce.”
The tweets in question date mainly from 2012 and 2014, including this one: “The only thing keeping me from doing mildly racist tweets is the knowledge that Al Sharpton would never stop complaining about me.”

Hartley has since issued a statement of apology,too little too late is what i say.Every celebrity or public person,who has in the past been stupid enough to be a racist or misogynist,and had the audacity to boast about it on social media,must really be peeing in their pants now,cos,trust me,they will be exposed and they shall pay!
And the best part of all is,you can bet there are more about to be exposed like Hartley Sawyer was.

See some of his tweets below... 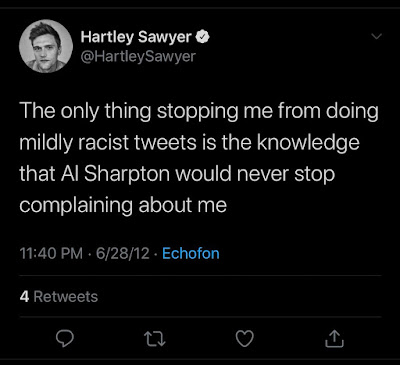 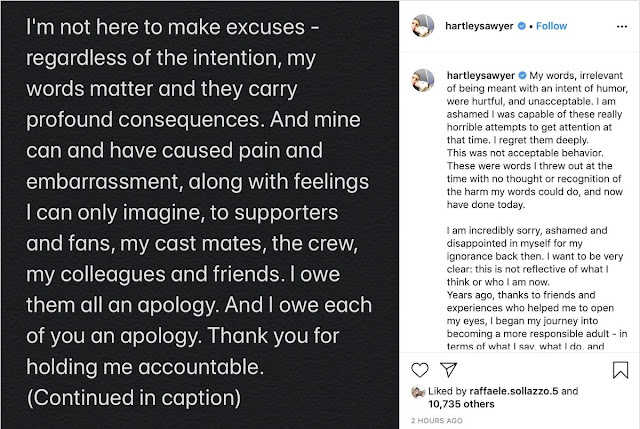 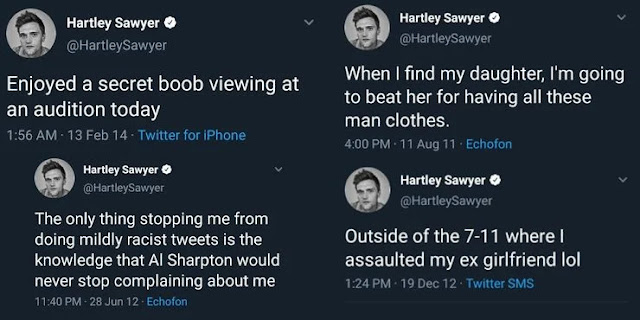 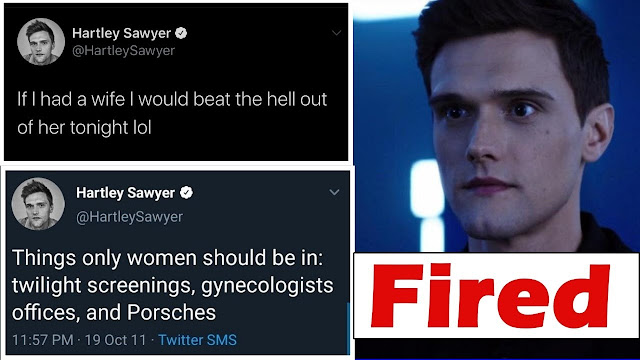 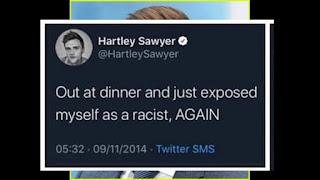 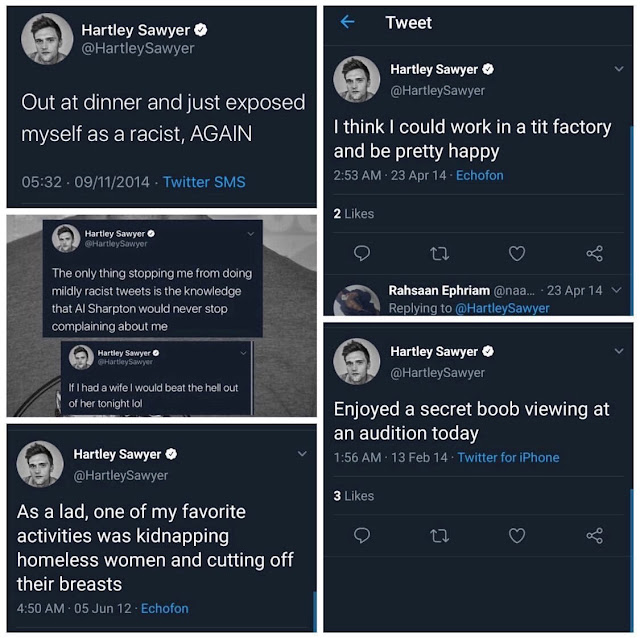 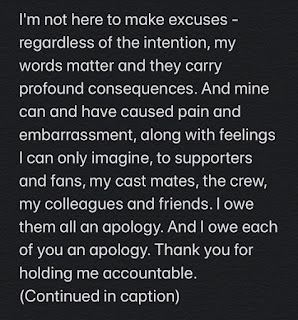 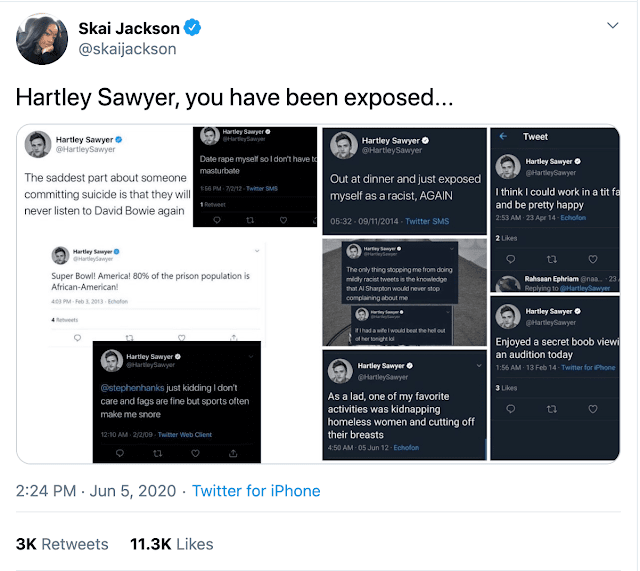 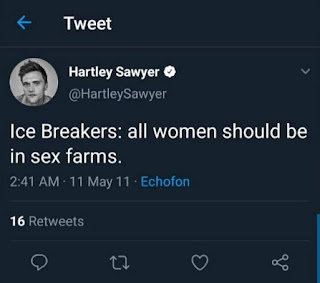