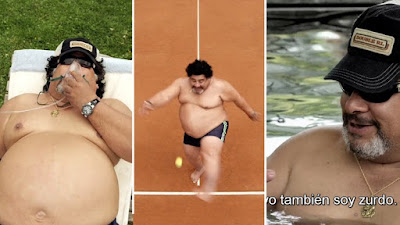 Roly Serrano Maradona:Have you seen the Maradona fat viral video of him kicking a tennis ball high in the air?The first time i saw the Argentinian superstar in that video,i couldn't get over how fat he was.I was not certain as well that it was him.
I asked a few friends and all they could tell me was,didn't you know he used to be fat?Of cos i knew,but this video was something else entirely.It just did not look right to me,i felt there must have been some technological enhancement to make him fatter.

So i have been investigating since then and i finally found the answer.It wasn't him.Thank heavens!Even though it was supposed to have been a long time ago,i was still pleased that it wasn't him.That was too much. 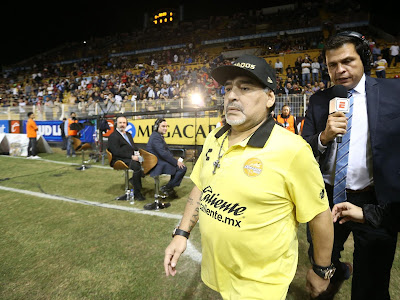 So who was the guy in the  video?Well,the clip is from the 2015 film,Youth. The Italian comedy-drama featured Michael Caine, Harvey Keitel in the lead role. The character of the football legend was played by Roly Serrano. The project was directed by Paolo Sorrentino.
Tags celebrity Entertainment football fp Sports
Previous Post Next Post