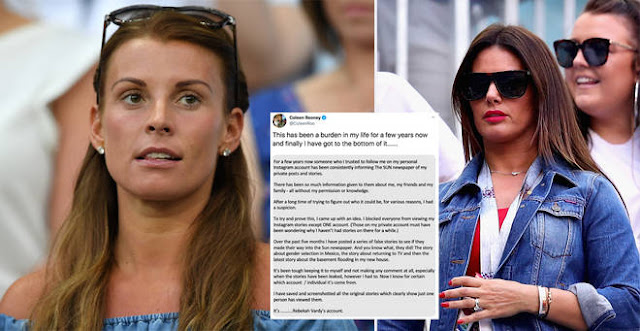 The Rebekah Vardy and Coleen Rooney story has taken a new turn.Rebekah Vardy is suing Coleen Rooney for libel over their online fallout last year.The fight between the former friends, started with Coleen accusing Rebekah of selling her stories

Coleen, the wife of former Manchester United and England striker Wayne, accused Rebekah - who is married to Leicester City striker Jamie Vardy of 'selling stories' about her
private life to The Sun publication in 2019.

I really can't understand how both ladies have allowed this to go so far.It started as two little school girls squabbling and now they are gonna be paying all that money out to the best lawyers in Britain.Ridiculous really if you asked me.Especially in these times,with all that has been happening.Surely both women must realise there are better things to worry about. 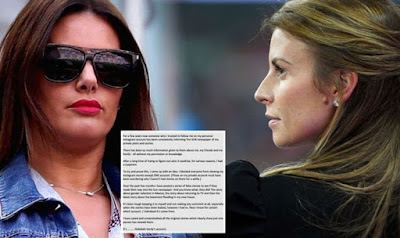 Vardy, 38, denied any wrongdoing and later said the stress of their public fall out caused her to have severe anxiety attacks as she was pregnant at that time.

She is now suing her former friend for allegedly publishing false statements that were damaging to her reputation.

Court listings show that Vardy filed a claim for “defamation – libel and slander” to the High Court on 12 June.

Reacting to the new development, Rooney’s legal team said she felt the “time and money could be put to better use”.

The combined legal fees are set to cost up to £1m, The Sun reported.
Tags britain celebrity Entertainment
Previous Post Next Post