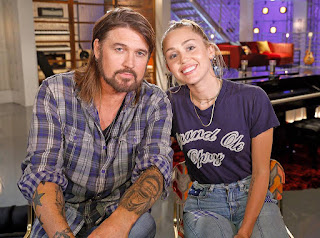 Millennials have Miley Cyrus,the daughter of Billy Ray Cyrus as an entertainment tycoon who,at twenty-seven years old, has established herself as an international pop star and beloved actress.
But If you ask Millennials, chances are they will answer with something along the lines of “he was her dad on Hannah Montana”. But if you ask Generation X, their typical response would probably be “the achey brakey heart country superstar”. And if you ask the youthful Generation Z, they would say something along the lines of “the old country singer who rapped with Lil Nas X.”

Confused yet? To help you really get an understanding of who Miley Cyrus’s dad really is, and what he is all about, we have broken down his life thus far and how he became a household name
amongst multiple generations today.

Billy Ray Cyrus had a humble childhood in Flatwoods, Kentucky. He began his music career at 10 years old after watching a local Neil Diamond concert with his parents. By the time he was a teenager, he had mastered the art of song writing and guitar playing, a deadly duo that would lead him to start his own band known as ‘Sly Dog’. By the time he was finished with High School, the band had nabbed a modest contract with Mercury Nashville Records.

Unfortunately, it was not long after signing their first deal that ‘Sly Dog’ began to struggle. After the band broke up, Billy took a big leap of faith and moved out to L.A. in the pursuit of making it as a solo artist. Despite having to live in his car for a while, his determination and persistence eventually led to a solo record deal with PolyGram/Mercury, in which he produced his first hit single “Achy Breaky Heart”. The song, already having snagged the number one spot, gained even more popularity thanks to the accompanying music video. It was in this video that Billy wore an iconic set of tight blue jeans that catapulted him to becoming a country music sex symbol. After Billy’s initial rise to stardom, he continued to release another album every year throughout the 1990s.

In the early 2000s, Billy made a big transition from country music to Christian music, releasing two albums in 2003. It was then that he also started exploring acting options in the entertainment industry. He had only just snagged a role in his own sitcom Doc, in which his daughter Miley occasionally guest starred in, before joining the cast of Hannah Montana.

Billy noticed Miley’s gift for acting during her small guest slots on Doc. It was then that he began actively seeking more roles for her. This eventually led to him encouraging her to audition for the part of Hannah Montana. Not only was Miley selected to play this role, but the show also wrote Billy into the script, in which he would play himself on the show, quickly to become known as was eventually written for him as well “Miley’s Dad” to an entirely new generation of fans.

After Hannah Montana wrapped up filming, Billy stayed quiet for a few years. That is, until he decided to make a comeback as a musician—this time in a blended Rap/Country crossover. In 2019, Billy teamed up with rapper Lil Nas X, the two created the hit single “Old Town Road”—a truly ground-breaking accomplishment in music. So much so, that the song made it into the Billboard 100 list and Billy not only established himself as being more than just “Miley’s Dad”, but got  a new found respect from the next up and coming generation—Generation Z.

So in conclusion, is Billy a country superstar or rap legend? We vote that he is both!