How King Von was shot to death in Atlanta

How King Von was shot to death in Atlanta 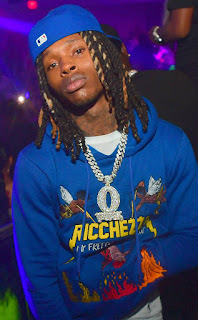 Rapper King Von has been shot to death in the early hours of Friday morning outside an Atlanta Georgia night club.His cause of death at the age of 26 was a result of his bullet wounds.

How many rappers needs to be shot to death before this evil senseless and stupid culture ends?

So many promising toung men who haven't even reached their prime has been shot to death and its sickening.

King Von whose real name is Dayvon Daquan Bennett, was shot to death after a group of men were seen arguing outside the Atlanta night club.Coincidentally,two police men were off duty but in a marked police car. 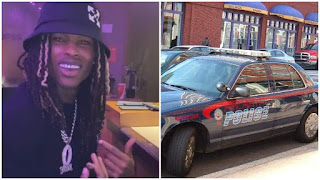 The police revealed that the two groups of males outside the Monaco Hookah Lounge began arguing with each other at around 3.20am. Their arguement quickly escalated and turned into a shooting which also saw two other men killed.

The dispute “quickly escalated to gunfire between these two groups”, police said.

King Von was rushed to hospital in a private car,but it was too late to save his life.

Von is a promising rappet who has had his music streamed over 500 million times.