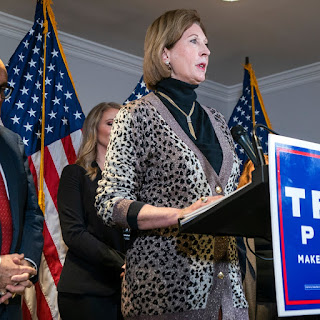 Sidnel Powell off Trump team:President Donald Trump has removed Sidney Powell from his legal team.This was revealed in a news conference.

Powell is a key member of Trump's legal team who also represents former national security adviser Michael Flynn in his long-running attempt to unravel a guilty plea for lying about his 2016 contacts with Russia.

The unexpected Powell removal news came in a terse Sunday-evening statement from the Trump campaign without no explanation for Powell’s removal. 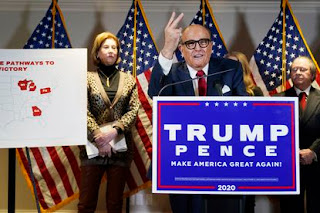 Trump’s personal lawyer Rudy Giuliani and campaign lawyer Jenna Ellis said Sidney Powell is practising law on her own. “She is not a member of the Trump Legal Team. She is also not a lawyer for the President in his personal capacity.” 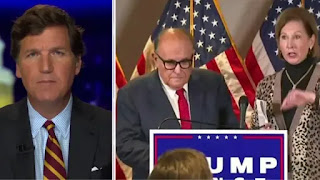 Powell, in a released statement,said she intends to keep litigating despite her separation from the Trump team.

"I agree with the statement today. I will represent #WeThePeople and seek the Truth," she said. "I intend to expose all the fraud and let the chips fall where they may. We will not allow the foundations of this great Republic to be destroyed by abject fraud or our votes for President Trump and other Republicans to be stolen by foreign interests or anyone else."