Why Pele is greater than Messi,Maradona and Ronaldo-He's the GOAT

Why Pele is greater than Messi,Maradona and Ronaldo-He's the GOAT 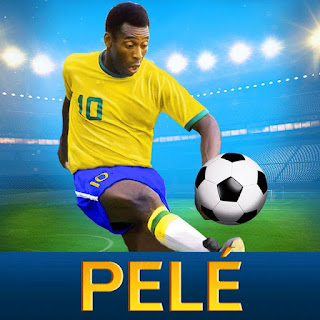 There would always be a debate about who is the best footballer of all  times.Pele,Messi,Maradona,Ronaldo are the main contenders.

The recent world cup of 2022 that saw Argentina crowned as world champions giving Messi his most coveted and elusive trophy,would have many saying,thats it.He is the greated of all times.The GOAT.But i beg to differ.For me,Edson Arantes Do Nascimento was and is the GOAT.The Greatest Of All Times.

I could say a lot about Pele.But i will keep it short and sweet.To start with,i have seen so many clips of Pele.Even before the recent compilation that is trending online.There is not a single thing that Messi or Maradona have done that i havent seen Pele do.As a 17 year he won the world cup for his country.17!!! Brazil hadn't won it before then.He was top scorer and their best player. 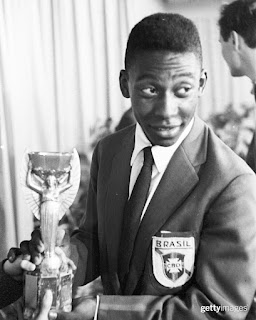 The balls were 2ce as heavy as they are now.The pitches were terrible.There was no protection for strikers.The defenders were butchers and the tackle from the back was allowed then.As a result Pele missed most of the 1962 and 1966 world cup,when he was in his prime.

He could shoot with his left or right.Scored free kicks with his left and right.He is 5 ft 8 yet scored 119 headed goals.Ronaldo has 111 or 140,depending on what you read.But whatever the case,he and Ronaldo are the top 2.

A common thing that a lot of people from the modern generation say is,he didnt play in Europe.🤣.Well at that time,South American football was the best in the world.Santos were the first team to do huge world tours because everyone wanted to see Pele.These games were so big,they were like international games.Seeing Pele was like going to heaven.Even though they were "friendlies". 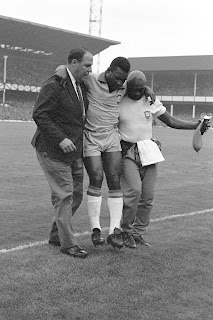 I took this quote from an article - "Pele scored 1,091 goals for Santos and 1,282 in his entire career," Odir says. "Of these, 448 were scored in what would be considered friendlies and international friendly tournaments.

The so-called "friendlies" in which Pele scored nearly 500 goals left an indelible mark and shaped the history of some of the greatest sides in world football. It was an era before the Copa Libertadores in South America and still the infancy of the European Cup -- both of which were tournaments reservedly for league winners.
Can any player do that today? Its impossible.Even with the changing of players every 5mins at these friendlies,you cant score almost 500 goals.And this was against some of the best sides in the world.When Santos travelled,they always played against the best teams in that country. 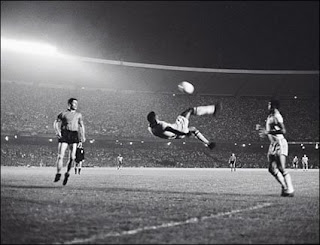 Another quote from ESPN.. "In front of 60,000 people, Santos beat Juventus 2-0 in Turin. Three days later, Roma were beaten 5-0 at the Stadio Olimpico, with 80,000 fans in attendance, and three days later, Inter Milan were put to the sword 4-1 with 110,000 people watching. Pele scored four goals across these matches. Inter would go on to become one of Europe's best sides, winning back-to-back European Cups just three years later -- Pele would score a total of 11 goals against them in their meetings, with one match finishing 7-1 in favour of the Brazilian side."

It's true that while these were officially termed as "exhibition matches," the legacy and importance of these contests is far greater. 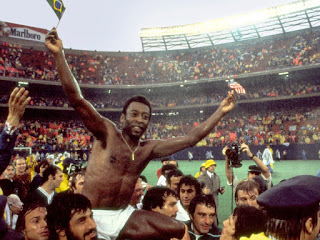 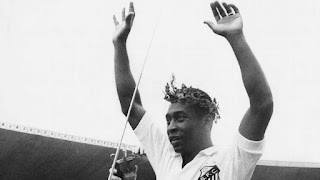 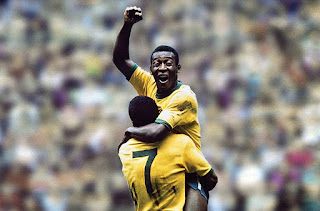 For me personally,its not even a debate.Pele was and is the greatest of them all.Can you imagine how many more goals Pele would score today with these "carpet like turf" pitches,referees protection,lighter boots and lighter balls? I don't even wanna imagine it.

I haven't even mentioned the fact that he won three world cups and at his last world cup in 1970 had 7 assists and 4 goals.He has 355 assists.Once again this does not include these "friendlies"..Incredible!

There was hardly any Tv coverage at his peak,yet all over the world he was hosted as a king,hundreds of thousands lining up to watch him play.All from word of mouth.
Long live the king.