Jennifer Holiday asked to kill herself for Trump inauguration acceptance

Jennifer Holiday asked to kill herself for Trump inauguration acceptance

byNaija Blog Queen Olofofo -January 14, 2017
0
Jennifer Holiday has been told to commit suicide for agreeing to perform at Donald Trump's inauguration ceremony.
She was also called an Uncle Tom among other unsavoury names and told her career was finished.But i guess that's why she accepted the gig in the first place,to resurrect her career and earn some fat dollars!
Several stars had been asked to perform at Trumps big day and amongst those who turned down the invitation are Charlotte Church,Elton John,Moby,and X factor winner Rebecca Ferguson who cheekily gave the conditions that she would only perform if she is allowed to sing the racial song
"strange fruit" made popular by Billie Holiday.Of cos,that offer was turned down!
Miss Holiday made an interesting point.She said she was encouraged to perform at the ceremony by following the footsteps of the Clintons and the Obamas.Which makes a bit of sense,although i don't think that is her real reason.But if they can go,why can't she perform?I can understand the Obamas,but the Clintons had a choice,and they chose to go,so why are they exempt? 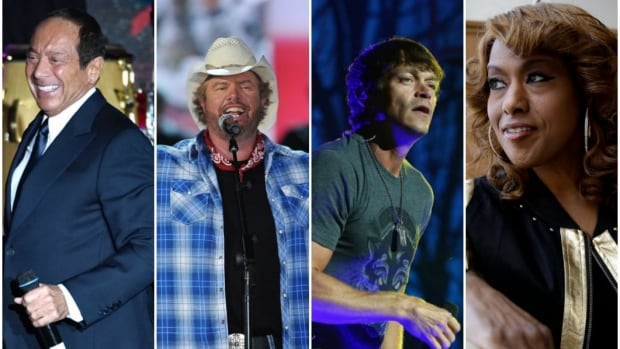 Having said that still,i wouldn't perform as well,if i was a performer.Speaking further,Jennifer said:
Holiday, who backed Hillary Clinton in the election, said she saw the Clintons' decision to attend President-elect Donald Trump's inaugural and the Obamas' support for a peaceful transition of power as a signal to "just get this done and then fight vigorously" over policy differences later.

The singer is best known for her Tony-winning role in Dreamgirls on Broadway.On those who wanted her to take her own life,she commented:
"It just really made my heart drop to my feet," Holliday said.
"How could I have this much hate spewing at me, and I haven't even done anything? I guess it's not like those old days when political views were your own and you had freedom of speech ... we live in a different time now, and a decision to go and do something for America is not so clear-cut anymore."
Holliday will be performing at the "Make America Great Again! Welcome Celebration" at the Lincoln Memorial.
Donald Trump's presidency sure will be a roller coater ride.I don't think America or the world will ever see the type again,fasten your seat belts and get ready for big brother white house,starting with the inauguration ceremony.
Source-Association press.
Tags Politics
Previous Post Next Post