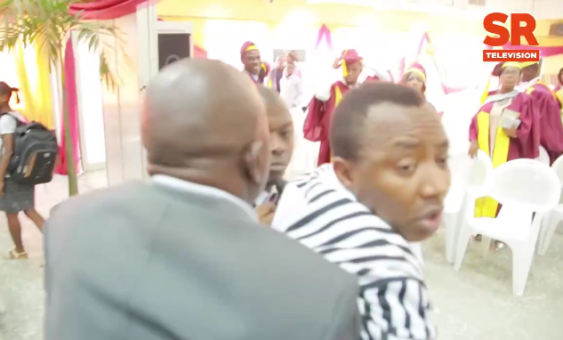 Omoyele Sowore,the Sahara Reporters publisher,seems to be getting into trouble constantly lately.This time it was at his alma mater,the University of Lagos.He was manhandled yesterday by security agents at the multipurpose hall where the school's convocation ceremony was held.The publisher was there as a guest and also to protest the continued suspension of one of the school's activist, Adeyeye Olorunfemi who was suspended by the school management last year over a critical article he posted on his Facebook wall accusing the school's Vice Chancellor, Professor Rahman Bello, of poorly managing the affairs of the school.Sowore joined Olorunfemi at the school's convocation yesterday to protest his continued suspension when the security operatives got involved.The publisher is a former SUG president of UNILAG. Watch the video 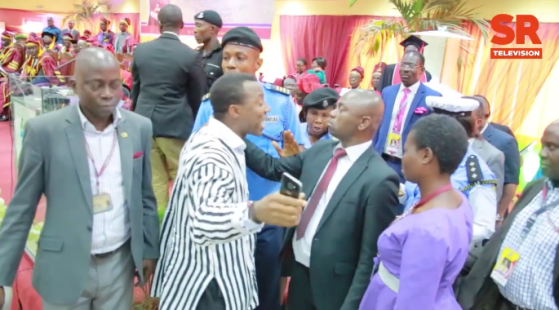 Omoyele Sowore biography,shows a man who is very determined to achieve his goals whatever the obstacle.Born into a polygamous family with sixteen siblings,  developed his passion for the media in the days of military rule in Nigeria. According to him, the vibrant criticism from the media then towards the ruling government gave him a sense of direction of what he wanted to do.He left Nigeria in 1999 for the United States for proper treatment after he was attacked by cultists.In 2006, he founded his famous online investigative journal,Sahara Reporters in a small room in Manhattan. 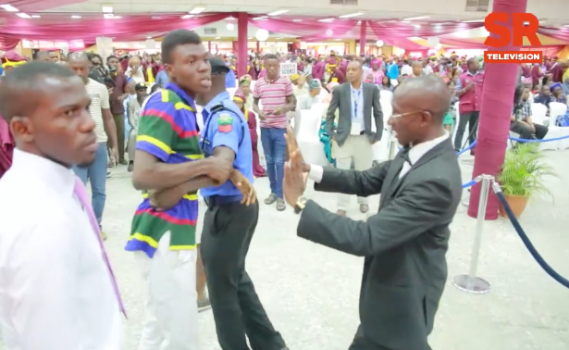