Emma Watson denies these hacked and leaked photos are hers!

Emma Watson denies these hacked and leaked photos are hers! 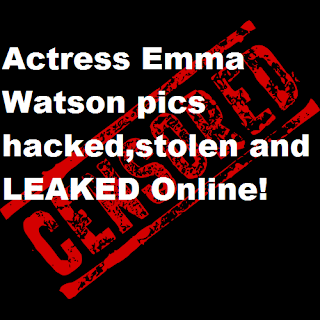 Yet another celebrity,this time Emma Watson photos are the latest to be stolen,hacked and leaked!
The pictures which are of a nude woman in a bath tub looks remarkably like her,but the beauty and the beast actress has denied that they are her's,although her publicist did admit to her private images being stolen.

she was trying on outfits at a swimsuit fitting two years ago.
And while the swimsuit photos were leaked in the same post as pictures showing a woman in a bath with her face cropped out of view, Emma has denied these naked photos are of her, insisting no nude photos had been taken.
The 26-year-old also confirmed in a statement that she is consulting lawyers following the hack.

Reports have suggested that the stolen images have surfaced on the ‘dark web’ – an encrypted network which allows users to surf and share information anonymously.
Others have claimed that the pictures have been seen on the anonymous message board 4Chan.
The actress was previously threatened in 2014 with a naked photo leak following a speech she gave on gender equality in her role as UN Ambassador For Women.