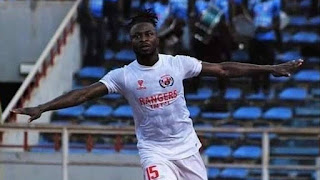 Ifeanyi George death is a result of a country that never learns or cares about its citizens.
The Rangers international of Enugu player,was killed in a ghastly motor accident as his car ran into a trailer in front of him.He along with two other players,who were travelling on Sunday 22nd March,due
to the enforced break necessitated by the corona virus pandemic,all lost their lives on their way to Lagos.
The accident happened along Abudu,a place right in the middle of Edo and Delta states.
The trailer/truck they ran into was stationery.
I have lost count of the number of times i have read or heard of Nigerians losing their lives as a result of stationery trucks abandone or parked on our roads.
How long will it take our government to ensure this never happens again? How many thousands of us have to be killed?Is it so hard to destroy vehicles or even jail people guilty of this? 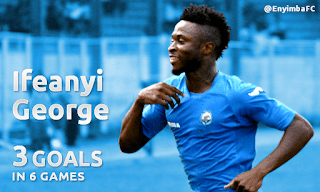 Why can't we have a reliable patrol service that tows away a truck or vehicle found parked or abandoned on our roadsides?
The point is,our leaders don't care.When they travel,they do so in entourages.So its very unlikely they will encounter these accidents.These people travel abroad and they never see all these atrocities.
So why the hell can't they enforce it in their own country?
It was the same way we lost Dagrin,he ran into a truck that was parked where it shouldn't be.
Sadly,the death of Ifeanyi George won't be the last,because we have animals ruling us.
The Rangers of Enugu striker has had a promising life cut short by what could easily have been avoided.

Eteka Gabriel and Emmanuel Ogbuh were the other unfortunate souls in the car with him.
May their souls rest in peace.Amen