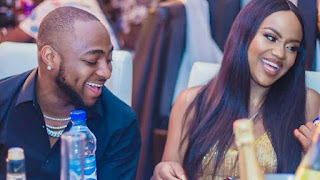 The Chioma Davido coronavirus news rocked the entertainment industry all over Africa.The popular fiance of the Omo Baba Olowo singer who was immortalised in the song assurance,had earlier been to the UK
where she is believed to have contracted the virus.
According to Davido,he was forced to cut shirt his world tour and head back home to Nigeria.But because they had been exposed being abroad,he along with 31 members of his crew decided to take a test.


They all tested negative but unfortinately,his baby mama and fiance Chioma,was positive.
As a resulr,Davido stated he is going into isolation for 14 days.
He thanked Nigerians for their prayers in advance.
This thing ain't playing people.So many people has been infected.Please stay at home and stay safe.
Tags celebritty Entertainment health music news Nigeria
Previous Post Next Post