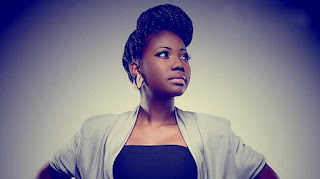 Mercy Chinwo is she married?What state is she from?What church does she attend?When was she born,her mother,her husband's name,are among the many topics we shall be addressing in Mercy's biography.
The Igwe gospel singer burst into limelight
when she won the 2012 season 2 Nigerian idol.
She was born Mercy Nneda Chinwo,on September 5,1990,in Port Harcourt,Rivers state.

She has 4 sibblings and is the 4th born and first daughter of her parents.She was brought up by her mother due to the fact that she sadly lost her dad at an early age.

Did you know that Chinwo was an actress before she became a gospel super star?Since her fame she has also appeared in some Nollywood movies.Among which is the Yvonne Nelson film,House of gold.
Her first release was Testimony in 2015,followed by the monster hit Igwe in 2016.Excess love is arguably her biggest song though.Do you agree or do you have a particular favourite?

Some of her songs are,No more pain,Regular,Power belongs to Jesus,Incredible love,Eze and Love expression.
The stars never let you know how much money they have or what they are worth,but Mercy Chinwe net
worth 2020 is rumoured to be around $150.000


The star is not married,so there is no husband name to reveal,but if you are a God fearing man out there,you might have a chance with the Igwe singer to give you her excess love.She doesn't have a child either.
It has been rumoured that she is a member of Christ church embassy and also the Redeemed church,but we have no confirmation from the Port Harcourt indigene.Hope you enjoyes this celebrity Nigeria news special.
By Naija Queen Olofofo.