Davido corona:Did he endanger his family?

Davido corona:Did he endanger his family? 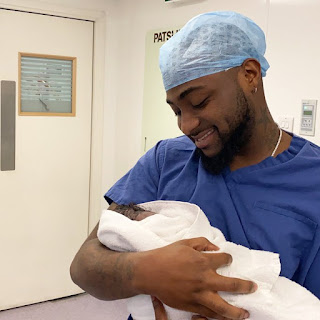 Davido coronavirus tweet about his baby mother Chioma was a shock,but has he endangered his son by being irresponsible?

The OBO crooner recently announced that his Fiancee Chef Chi had tested positive to the dreadful Covid-19 virus, along with their baby, they'd been in the UK and had
returned after his tour was cancelled.


The tricky part of all this however was that he threw a party shortly after his return, which would have put him and the other people he was in contact with at risk of contacting the virus but in his posts announcing his Fiancee's result, he claimed he and everyone he came in contact with, including the baby tested negative, Nigerians called his bluff and were quick to tell him how irresponsible he was throwing a party after returning from a country at high risk of the Covid-19 and urged him to take another test as he could be endangering the baby.


Davido took the test again and claimed that he again tested negative, there hasn't been any news of anyone that came in contact with him at the party testing positive for the virus,but it doesn't make the fact that he might been a tad bit irresponsible for not taking the right precautionary measures to isolate himself and his family.
Tags Nigeria Entertainment News nigerian entertainment
Previous Post Next Post