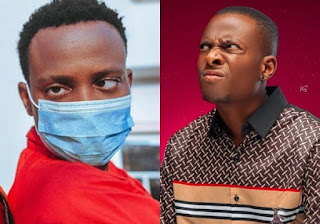 Sydney Talker corona positive news was all over social media in the last few days.
As the Covid-19 virus continues to spread, people began to test positive for the virus causing alarm for the masses but it might seem people of influence are not taking it as serious as they should.

Thr popular skit maker, was among the many that made mockery of the Virus, along
the likes of Naira Marley whose tweets encouraged his fanmily the "Marlians" to joke about the deadly virus.Talker however made a show of acting out a scene and several stories that he had shown signs of the virus but he had been refused treatment, he continuously called out the NDCC making them look irresponsible and helping him hold the sympathy of the masses.

Sydney Talker may be fine and safe from the Covid-19 virus but one thing is sure, his career may be very well over after the stunt he pulled.If it was left to me,i would ask the authorities to take him to court and let him spend 2 weeks in jail.Just to realise not all things should be comedy worthy.
Imagine all those who have lost loved ones.Those who have died trying to save others.And then you go and rubbish the people trying to save lives? To make matters worse,he kept denying and insisting this was real.And all for what?
You are a very silly boy Sydney.His name should be changed to silly.
Tags nigerian entertainment
Previous Post Next Post