Ian Wright racial abuse by teenager:police could have done better

Ian Wright racial abuse by teenager:police could have done better 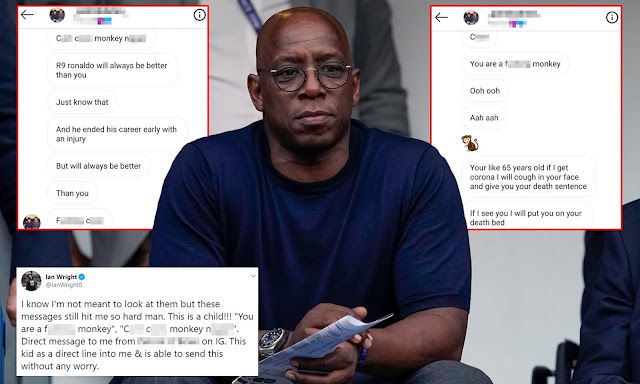 What i find amazing about the Ian Wright racist attack by a teenager,is the fact that the police didn't spring into action immediately and instead issued a statement "if Ian wanted to press charges"!

Why do they need to know if he wanted to press charges in this instance?A citizen has committed one of the worst crimes against another citizen,it was out there in black and white,excuse the pun,yet they come up with that statement.I find it really mind boggling.

A television personality,love island host Caroline Flack, died not too long ago,she was facing charges of assaulting her boyfriend,he wanted to drop charges,this plea was refused,but now the police need
permission to take action against this boy and his vile racial comments?

Maybe i am missing something.But thankfully,justice seems about to take it's course.The teenage boy has handed himself in to police after Ian Wright shared racist messages he received online.

The BBC match of the day pundit,who played for Arsenal and England,posted the Instagram messages to his 1.7 million Twitter followers yesterday.

He wrote: "I know I'm not meant to look at them but these messages still hit me so hard man. This is a child!!! This kid has a direct line into me & is able to send this without any worry."

The messages were so vile and included a number of racist terms and one that read: "If I get corona I will cough in your face."

Yesterday the Irish police released a statement and said a "male adult teenager presented themselves voluntarily" at a police station in Ireland and was interviewed. A file is now being prepared for the Irish Director of Public Prosecutions. 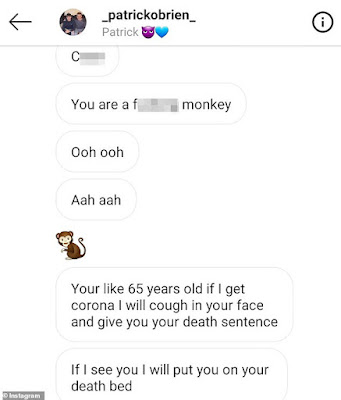 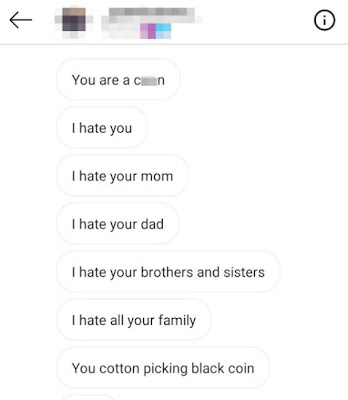 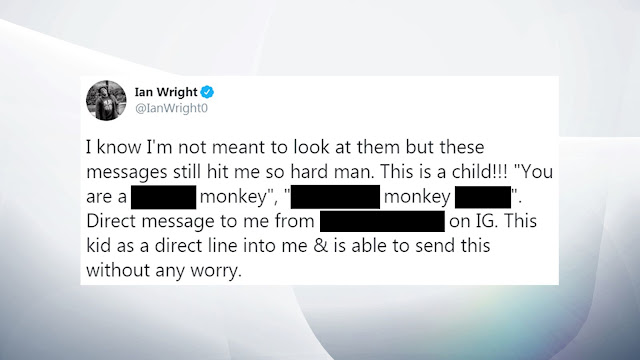 And once again they reiterated by saying no official complaint had been made, but they are still looking into the matter.I mean,even after the boy has handed himself in?Are they saying if Wright doesn't press charges the boy will be let go?I thought the police were supposed to take action if they see anyone that breaks the law and they have adequate evidence.I really don't see what more evidence they need than all what is on ground.

With or without Wright's permission,they should be taking action and pressing charges.

This was not an incident that happened whilst two people were physically present.We have all the evidence we need.I am really angry at this.

The footballer has received many support from fans and fellow stars after revealing the messages,the original message he posted has now had 20,000 retweets.

He reacted by thanking them in another post, which read: "Thanks everyone for your kind and supportive messages. I'm normally better at ignoring it, but that one got to me. There has to be consequences. Each one teach one!! Peace and love."
Previous Post Next Post