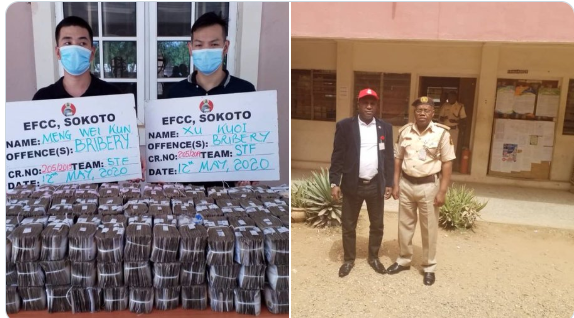 This is the photo of the Nigerian EFCC official who rejected 100 million Naira bribe from Chinese nationals:I never thought i would witness this in my lifetime.This is truly remarkable of the EFCC operative who turned down a N100m bribe from some Chinese nationals to derail an investigation.

The Economic and Financial Crimes Commission (EFCC) had earlier on Tuesday May 12, confirmed the arrest of two Chinese nationals for allegedly attempting to offer N100 million
bribe to the commission’s Sokoto zonal head of operations, Lawal Abdullahi and his team.

The arrested suspects identified as Meng Wei Kun and Xu Kuoi are said to be officials of construction company Zhounghao Nigeria Limited. The company is being investigated by the anti-graft agency for alleged conspiracy, abuse of office, misappropriation, diversion of public funds as well as money laundering. 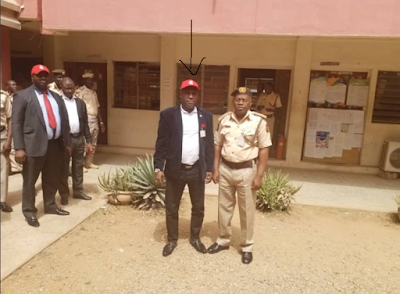 Lawal Abdullahi,seen here in this photo,who is the EFCC's zonal head of operations in Sokoto,has since received praises online after rejecting the bribe and refusing to compromise the case.
There is hope in Nigeria after all,could you have turned it down?
Tags news Nigerian news
Previous Post Next Post