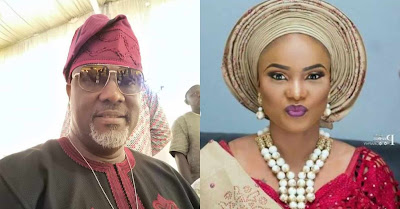 Dino Melaye and Iyabo Ojo were rumoured to be dating.But both the senator and Nollywood actress quickly came out to deny the rumours.

Melaye on his path said he can never have a secret engagement with anyone,adding that bloggers love to use his name to sell their stories.

The Kogi born politician who has been linked with a Nigerian actress, Bisi Ibidapo in the past also
promised to release a song for his fans for all the rumours about him.

Dino Melaye wrote; “SDM is not a criminal and can not have a secret engagement. People using me to promote their blogs & 4 publicity staunch will have to start paying. 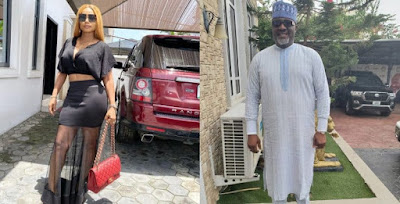 Matchmaking 2 different pictures & writing rubbish now equal to engagement. Una no even fear 4 this Corona period..2nd base oo jare”.
Ojo on the other hand,who is divorced from her only husband and father of her two children,a boy and a girl,made a more dramatic reproach.She laid curses on anyone who has betrayed her at anytime after getting goodwill from her in form of material things,food or help.
Check out the video of the actress who has also in the past been linked to fellow actor Muka Ray.