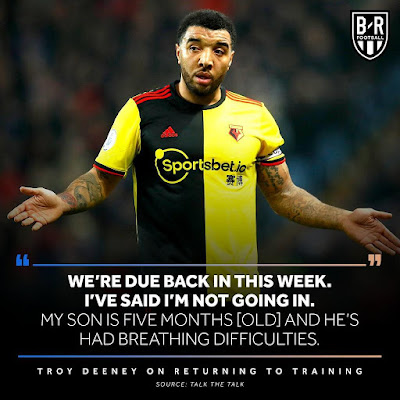 Troy Deeney coronavirus:Watford striker Deeney has told his club he is not coming in for training, because he believes it is not safe for his son who has breathing problems.He also says being of black and mixed ethnicities,he is at a higher risk of the covid 19 disease.

One of the most poignant points he made was when stating that,he can't go to the barbers to get a haircut,so how is he expected to get in a penalty box with 19 people?
He also stated that it takes just one person for the infection to spread through a family.
Deeney then went on to say he has lost all those he cared for,his grandad and grandmum as well as
his father and was not ready to lose anyone again,just for a few more quid in his pocket.

He said when some representatives of footballers and the premier league met,he asked some simple questions,but was not satified with the answers he got.

“For Black, Asian and mixed ethnicities they are four times more likely to get the illness and twice as likely to have long lasting illness.Is there any additional screening? Heart stuff to see if anyone has a problem?"
I just said ‘If you don’t know the information, why would I put myself at risk?’.”

Watford are yet to comment on their captain's stance.But clubs have jointly said they will not put pressure on anyone who does not want to play.
I don't blame Deeney,i won't play either,considering the things he has mentioned. 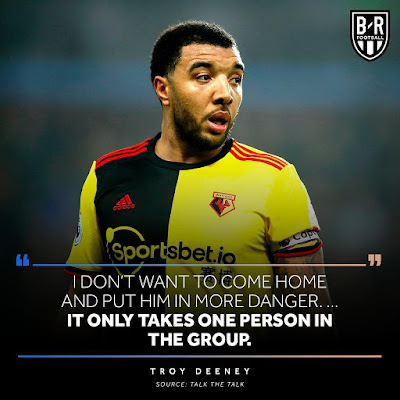 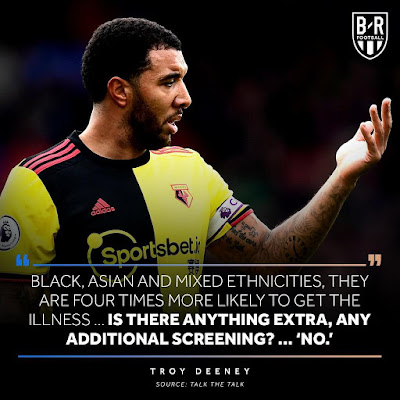 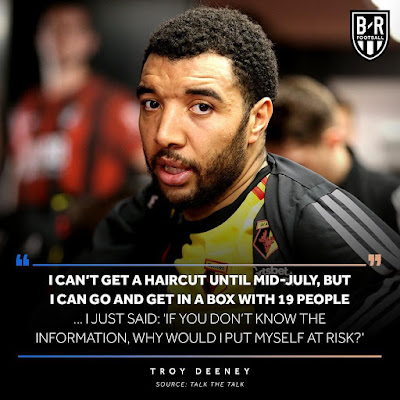