How influencer Adeherself was arrested for fraud

How influencer Adeherself was arrested for fraud 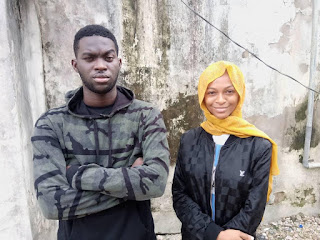 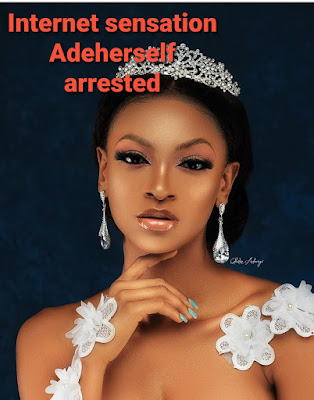 The Adeherself arrested for being a "picker" news that i woke up to,was one of the most shocking things for me this year.The instagram/Youtube influencer,Ade Herself, real name Adedamola Adewale,was arrested along with 4 other men for online scheming and fraud by the EFCC.
They were all arrested by members of the commission at different locations.
Adeherself who is 20 years old, and her accomplice, Lamina Hamzat Ajibola, were arrested
at the Agungi area of Lekki, Lagos State, while Israel Onyebuchi, Emmanuel Olayode and Valentine Nwokorie were picked up at the Ibeju-Lekki area of Lagos State.

According to the commission, the arrest of Adewale and Ajibola was sequel to intelligence linking them to online fraudulent activities,flamboyant lifestyles, with two brothers, Lasisi Wasiu Adeleke and Lasisi Riliwan Adeniyi, who are currently on the run. They were arrested at a four-bedroom duplex belonging to the two run-away fraudsters.
This girl has been steadily growing famous online,she had become a sensation on twitter,youtube and instagram with her various humorous skits,so many celebs tune in and follow her,only about a week ago,Teni Makanaki the singer,gave her mother 100,000 Naira after a family skit.Adeherself does get her family, which comprises of her mother,dad and sister,involved in her online skits. 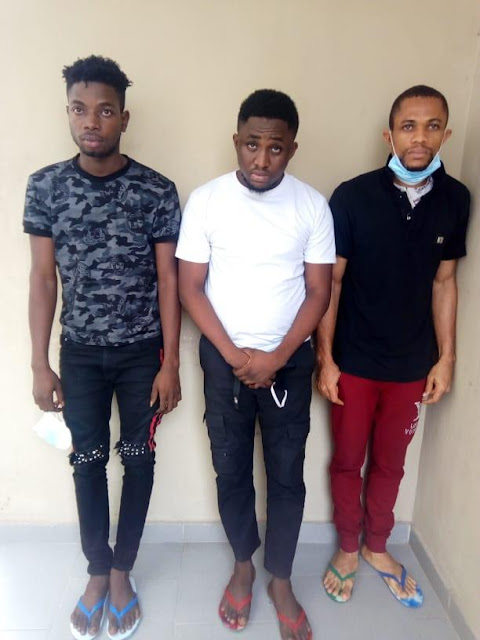 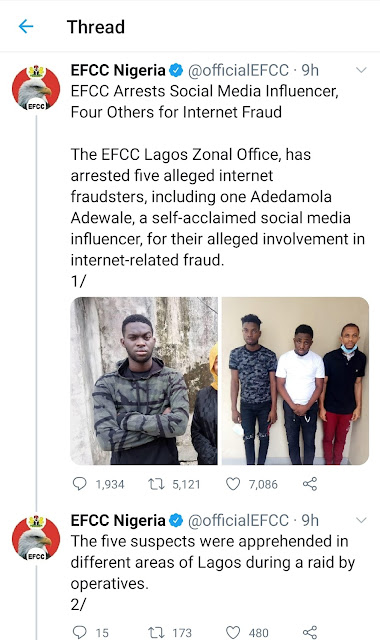 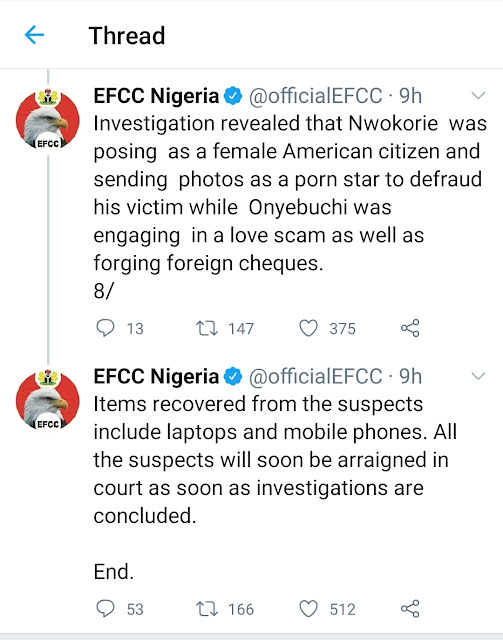 She also does endorsement for people who pay her to do so,hence why she is tagged an influencer.Why would someone who has such a promising career ahead of her risk it all for fraud?For something as stupid as this?She is one of the most beautiful Nigerian celebrities online,she has often been compared to Beyonce look wise.They look alike in some pictures she has shared.But people always agree that she is even prettier than Beyonce.And i agree with them.
So with all these going for you,why this?I am truly shocked,i hardly get shocked ,but this really got me,if i hadn't seen her picture,i would have denied this.The EFCC has not helped though with the way they have reported this.Mixing up he and she ,while reporting the case.It has led to a lot of people asking,was Adeherself involved or was somebody impersonating her?Because the EFCC had referred to Ade Herself as a he who made her victims believe he was a woman.You will see this clearly in the tweets i share below.
During interrogation, Adewale AKA “Adeherself”r eportedly confessed to being a picker” in cybercrimes.Items recovered from the suspects include two Toyota Camry 2009 model cars, and a sum of N9,000,000.00 (Nine Million Naira only), which was found in Adewale’s account.
The other suspects; Onyebuchi, Olayode, and Nwokorie were arrested for their alleged involvement in a romance scam.
Investigation revealed that Nwokorie was posing as a female American citizen and sending photos as a porn star to defraud his victim while Onyebuchi was engaging in a love scam as well as forging foreign cheques.

They are all due to be charged in court soon.
Tags celebrity Nigeria Entertainment News nigerian entertainment
Previous Post Next Post