Hushpuppi to be released after arrest-World exclusive

Hushpuppi to be released after arrest-World exclusive 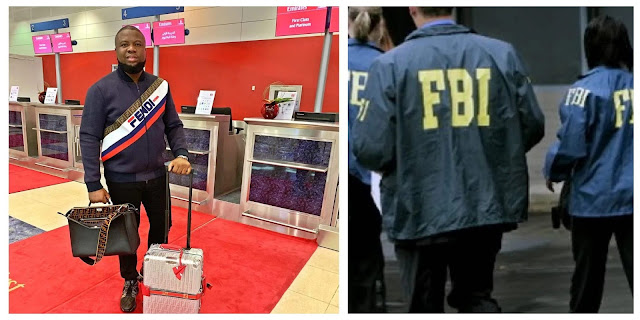 Hushpuppi was not arrested in Dubai for fraud by (FBI)Interpol,nor by American police for that matter,and would be released from custody anytime from now.

The Hushpuppi release news,is a world exclusive Naija News Olofofo obtained a few minutes ago.The popular Nigerian who resides in Dubai and loves designer wears such as Gucci and Versace in particular as well as expensive cars,was rumoured to have been arrested for a $35m fraud.Money which was meant to buy ventilators for native Americans in the treatment for corona virus.

Apparently Hushpuppi was arrested by the FBI with his neighbour,a guy called Efe,after their neighbours called the police,because they were creating a nuisance.

The gist is,some good time girls had been flown in by Efe from Nigeria.But the girls could not go back to Nigeria due to the covid 19 lockdown.
The girls were said to be always very loud at the exclusive penthouse apartments where Efe and Hushpuppi stay,both men have separate apartments.
There was always loud music,gambling and even fighting among the girls.All these happened at the apartments of both Hushpuppi and Efe. 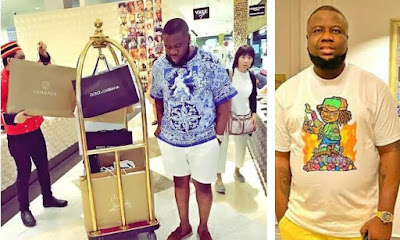 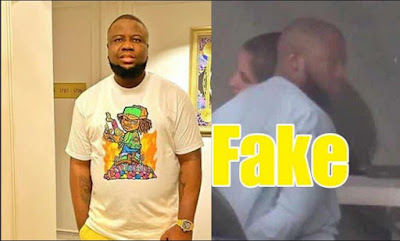 The neighbours had had enough of all these and they jointly put in a petition.This led to Hushpuppi getting arrested along with his friend Efe by Interpol.
The American police was not involved and neither was Interpol.They were arrested by Dubai police.

Now the interesting part of the story,i was told by my source that Hushpuppy was due for release anytime from now.
Another angle to the story is,if at all for any reason,he is linked to a fraudulent crime as speculated,he cannot be extradited to America,because the UAE does not have an extradition treaty with the USA.This is why many politicians or criminals make Dubai their haven.

It could also be that,the part of the neighbours petition was just an excuse to bring Hushpuppi in and once he was in their custody,they will start probing into other details in his life,just as they do in the movies.
Personally,i think the motive of his arrest was to probe into hos lifestyle,i also think they havent got no solid proof yet and this is why there has not been an official announcement.
They know his wealth was gotten through illegal means,even a blind man knows that.But having the proof is another thing.

What i think will happen is,he won't be able to account for his wealth and lifestyle,they will then seize his assets that they can trace and release him.
Could all these be true? We wait and see.But if this happens,you know you heard it here first.
Tags celebrity Entertainment news Nigeria Entertainment News nigerian entertainment Nigerian news
Previous Post Next Post