What Stassi Schroeder said to get her fired from Vanderpump rules

What Stassi Schroeder said to get her fired from Vanderpump rules 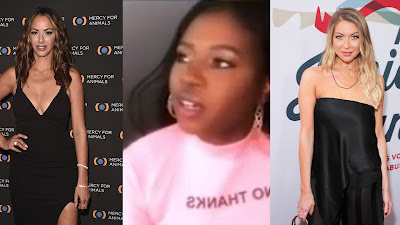 What did Stassi Schroeder say to get her fired from Vanderpump Rules?Schroeder and Kristen Doute,have both been fired from the show, after stories about the two engaging in racist behavior emerged earlier this month.

The network confirmed their dismissal and stated that two additional stars of the show, Max Boyens and Brett Caprioni, were also fired due to the recent discovery of racist tweets.

There has really been a domino effect since the killing of George Floyd and the Black lives matter,movement.It was only a few days ago that The Flash star,Hartley Sawyer was fired,when old racial tweets of his emerged.Also actor Mark Wahlberg was in trouble with fans when his past where he had attacked black people emerged.
There must be quite a lot of celebrities out there panicking ,if they are among those who have engaged in this kind of practise. 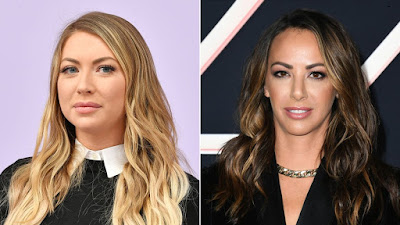 News of the quartet’s firing came after Faith Stowers, who appeared on Vanderpump Rules for two seasons, revealed on social media that Schroeder and Doute tried to get her arrested when she had an affair with Jax Taylor, one of the show’s stars. “They wanted to attack, attack, attack, attack, attack,” Stowers said on Instagram Live. “I was wrong, I was this, I was that, calling me names, saying my hair was nappy, which is weird coming out of their mouths.”
Stowers went on to explain that things dangerously escalated away from racist name-calling when Schroeder and Doute attempted to get her arrested in 2018 for a series of crimes that she didn’t commit — specifically, when the Daily Mail reported that a black woman was allegedly drugging and robbing men in Hollywood nightclubs. “They called the cops and said it was me,” Stowers said. “It was just funny, because they thought it was me because it was a black woman with a weave. So they just assumed it would be me, and they called the cops on me. It didn’t work, so they were upset about that.” Schroeder confirmed her actions during a podcast appearance in 2018, joking that she was trying to be helpful and solve “a fucking crime.”
Tags america celebrity Entertainment usa
Previous Post Next Post