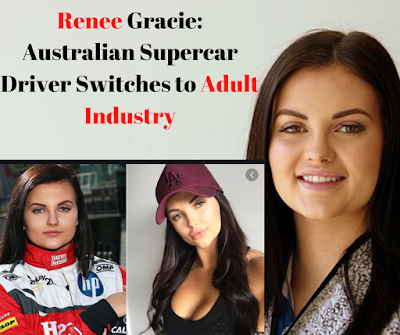 Renee Gracie now,the Australian Supercars driver who gave up her racing for a career with "Onlyfans" in the adult industry,says her father is really happy with her decision and she is happy as well with her new career as a p.orn star in the adult movies industry.

25-year-old Renee Gracie, who was born in Kuraby,Australia, stopped participating in racing
since 2017 and is now said to earn around £14,000-a-week through her work on OnlyFans, which ranges from nude photos to videos of her having s.ex.

Speaking to Australia's Daily Telegraph, Gracie insisted she was happy with her new career.

"It has put me in a financial position I could never have dreamed of and I really enjoy it," she said.
"I am fine with whatever they want to call me. I am earning good money and I am comfortable with where I am at."Gracie, who was active in her racing career between 2012-2017 never finished higher than 18th place in a competitive race. According to her, as soon she realised she wasn't good enough for the sport she moved on with her life before considering going into P.orn. 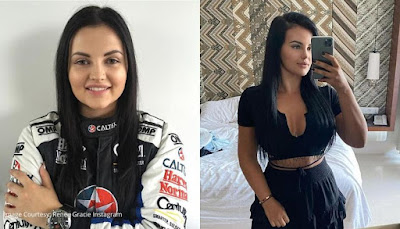 "I got over it and realised I wasn't good enough and moved on," she continued. "I was then selling cars at a car yard, busting my a***, and a couple of fans suggested I do OnlyFans and it started from there."Believe it or not my Dad knows about it and supports it.

"I think you could say my Dad is actually proud because of the financial position I am in and what I have been able to do with the site.

"You look at what I have achieved not what I am doing, it has been a success."

During her time as a Supercar driver, Renee Gracie took part in competitions such as the Porsche Carerra Cup and the Dunlop Series. She was the first full-time female Supercars racer ever and even teamed up with Swiss racer Simona de Silverstro at Bathurst 1000 in 2015. 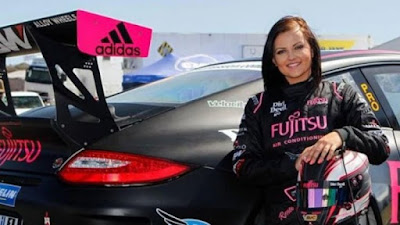