New Congo ebola outbreak 2020:is it back

New Congo ebola outbreak 2020:is it back 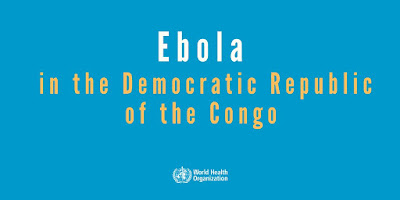 A new 2020 Ebola outbreak in Congo has got the world asking is Ebola back?The World Health Organisation announced a fresh outbreak of the virus in the Democratic Republic of Congo.

This is really a terrible year and one to forget,we are still battling the devastating effects of Coronavirus,and now we are facing the scary possibility that Ebola could be back!


The Director-General of the WHO, Dr Tedros Adhanom Ghebreyesus, disclosed this via his Twitter handle today Monday, June 1. According to him, six cases of the viral disease  and four deaths have been recorded in the republic.

"A new #Ebola outbreak detected in Western #DRC, near Mbandaka, Équateur province. @MinSanteRDC has identified six cases, of which four people have died.
The country is also in final phase of battling Ebola in Eastern DRC, #COVID19 and the world’s largest measles outbreak.
@WHO already has staff in Mbandaka, #DRC supporting the new #Ebola outbreak response.
This outbreak is a reminder that #COVID19 is not the only health threat people face. WHO is continuing to monitor and respond to many health emergencies." he tweeted