How Trump made Stephen Colbert cry

How Trump made Stephen Colbert cry 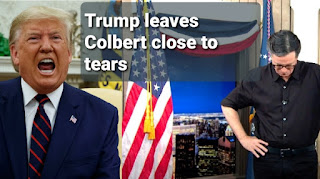 Reason for this was Trumo's attempt to undermine the presidential election by claiming it was rigged and being stolen from him as the rightful winner.

Colbert criticized President Trump, and said his speech was an attempt "to poison American democracy." 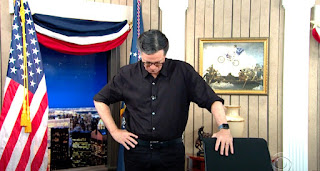 Colbert said Trump had confirned what everyone thought he would do if thinhs were not going his way.
"For weeks, we've been talking about how there'd be a red mirage, and how all those outstanding Biden mail-in ballots might let Joe catch up and that Trump would then probably come out around, I don't know, Thursday, maybe evening news time, and pretend that he won and accuse everybody else of cheating."
All these became too much for Colbert as he choked up and was close to tears.
Previous Post Next Post