'Just can't get excited by Silver & Bronze medals. You win or you lose. Gold is all
that matters. #Olympics2016'

Siobhan Marie O’Connor's boyfriend , fellow Olympic swimmer Chris Walker-Hebborn and retired 10km openwater Olympic Bronze Medalist Cassandra Patten took to Twitter to blast Piers Morgan asking him what he had won during his career, Piers then began to list all his achievements
Other Twitter users also blasted him but he didn't seem fazed by the criticism and even asked the athletes to ask successful people like Ferguson, Mourinho, Phelps or Bolt if coming second or third meant anything. He continued to reply them, listing all his achievements.
Read the tweets below.. 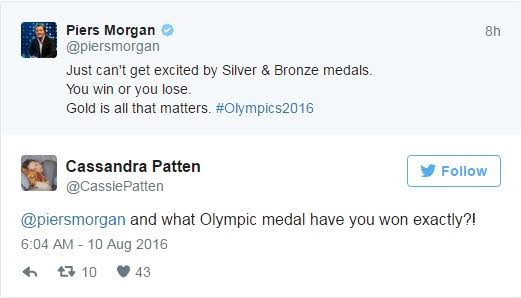 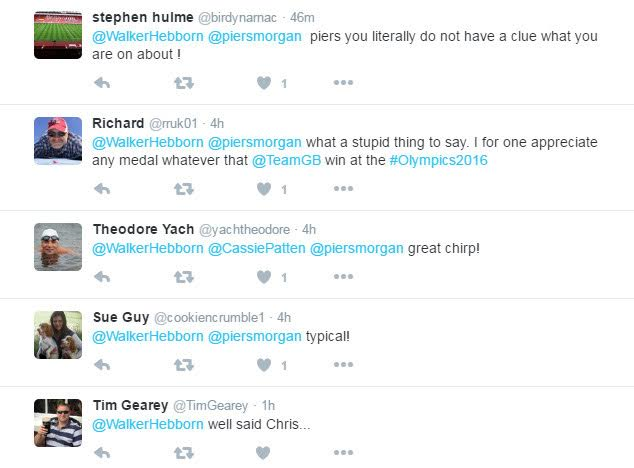 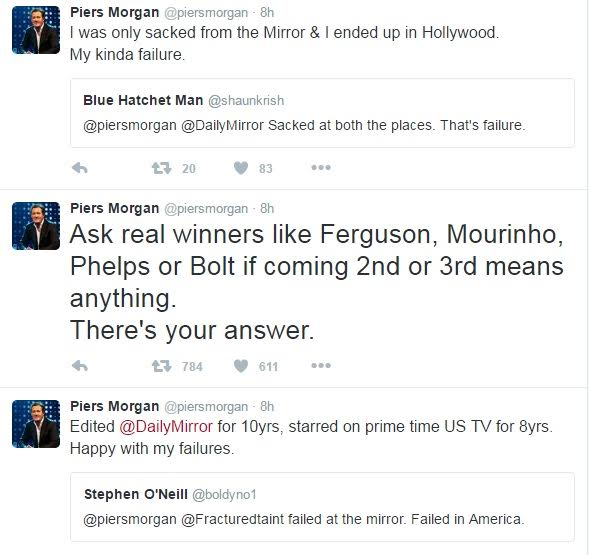 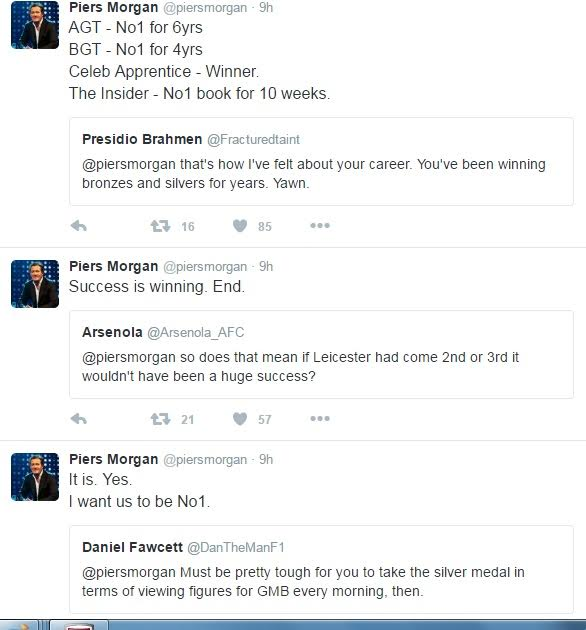 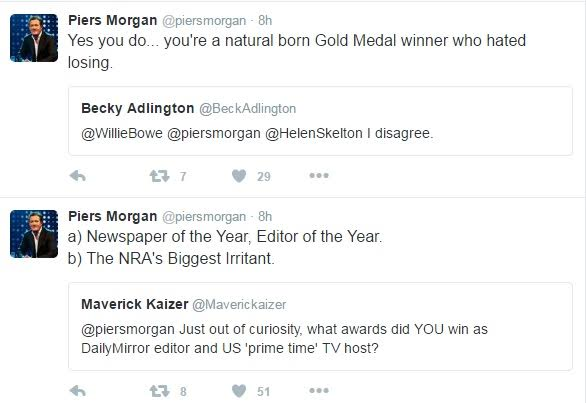 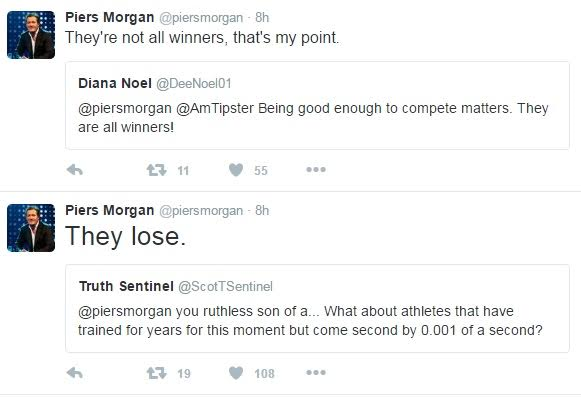 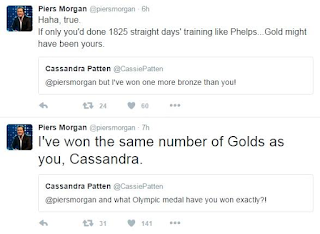